China's Concept Shares With The World

Building a community of shared future for all humankind and building a new type of international relations based on cooperation and mutual benefit, the Belt and Road initiative, the right approach to justice, the sincerity and mutual benefit... Since the 18th Party Central Committee, the Central Committee of the Communist Party of China with Comrade Xi Jinping at its core has put forward a series of new ideas and strategies in the field of diplomacy, answered the questions of the times and opened up a new diplomatic bureau. These great ideas and policies have focused on the themes of peace and development and formed a distinctive "China concept" together.

"Chinese concept" is not only about China, but also provides Chinese method to solve the problem of the universe peace deficit, the development of the deficit, governance deficit. Therefore, it has been widely accepted by the international community and got positive response. From regional hotspots to global issues, from economic development to climate change... The world looks forward to China's wisdom and action. China concept walks together with the world. 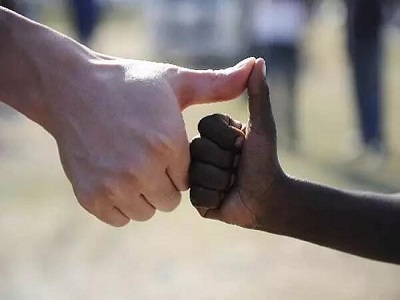 Today, in the 21st century, mankind is still pondering an old proposition: how to get rid of conflict and war and achieve lasting peace. At the beginning of 2017, President Xi Jinping made a reply at the United Nations headquarters in Geneva and called for a common, comprehensive, cooperative and sustainable security concept again.

This new security concept is in line with the trend of globalization and peaceful development and win-win cooperation. From the historical dimension, the human society is in the era of great changes and major adjustments. Countries are interconnected and interdependent, and their destiny is connected with each other. From the perspective of reality, the cold war mentality and power politics are still haunted, and there are still some non-traditional security threats such as terrorism, refugee crisis and climate change.

Guided by the new security concept, China will play an active role in the major issues concerning regional and international security and solve the "security dilemma" and demonstrate the responsibility of the major powers.

On the South China Sea issue, China supports and advocates the "dual-track approach", that is, through negotiation and consultation, the parties should properly settle disputes. China and ASEAN jointly maintain peace and stability in the South China Sea.

On some non-traditional security issues, China advocates peace, sovereignty, generalized preferential and collegiality. Build the field of the deep sea, polar, outer space, the Internet, and other fields into a new territory of cooperation, rather than the gaming arena.

A senior researcher who is the researcher of Russian academy of sciences institution of the Far East said, in dealing with international problems, crisis and conflict, China negotiates and consults without using force or threat. This method works and helps to improve the existing world order.

Bennett, vice President of the 48 clubs believes that China's new security concept is not based on "zero-sum game" or "winner-take-all" which are popular in the western world, but based on the principle of equality and mutual benefit and peaceful co-existence, and it combines the Marx philosophy and Chinese traditional culture and philosophy.

How to achieve a benign global economic recovery and development is a common dilemma which is in front of the governments and the world. On September 26, 2015, President Xi Jinping put forward a new concept of fairness, openness, all-round and innovative development at the UN Development Summit.

The great practice of new development concept rooted in China's practice of the reform and opening up, which can help to solve the countries and the world's universal problems today. It shows Chinese wisdom which is based on long-term development and can help create a better future together.

South Africa's President Jacob Zuma said: "China has given a clear answer about how to promote economic growth and how to achieve economic results."

French economic commentator David Baweilie thinks, China's innovation concept has a broad global perspective, it is a sincere and win-win idea. In political, it can make global consensus, in economic, it can boost the market integration of resources, and it can dissolve the communication gap. The concept can not only provide the development path for developing countries, but also has reference significance for France and other developed countries.

China proposes a new development concept, not just at the conceptual level, but in reality. In particular, by pushing forward the construction of the Belt and Road, building an open cooperation platform, it provides new public products to global, releases the potential, achieves economic integration, development linkage and results sharing, which promotes the development of the world.

The new governance concept focus on equity and rational.

In September 2016, at the 35th plenary Session of Political Bureau of the CPC, Xi Jinping stressed that promoting the global governance system reform is the international work. We should uphold the principle of discussing, building and sharing together, and make claims about the reform of global governance system become a common agreement and form a consistent action.

The concept of global governance is rooted in the principles of sovereignty equality, right equality, opportunity equality and rule equality.

In the view of Petrovski, a senior researcher of the Russian academy of sciences institution of the Far East, China is trying to promote the establishment of more rational, more equal, more efficient, more inclusive world order on the basis of multi-polarization. Under this order, the voices of emerging economies and developing countries will be more important.

The concept of global governance has become an important part of the new thinking and new strategy of China's new concept of diplomacy. Under the guidance of the right perspective, China has continuously deepened the practical cooperation with other developing countries to achieve the same breath, common destiny and development. With the concept of mutual benefit and inclusiveness, China has deepened mutually beneficial cooperation with neighboring countries and initiated a new situation of surrounding diplomacy. Adhering to the true and sincere approach to non-policy, China has actively promoted the deep development of China-Africa comprehensive strategic cooperative partnership and benefits the Chinese and African people better.

From the peripheral to the region, from region to world, China's concept including new concept of global governance has changed from the advanced concept into effective action, which can provide direction and contribution to promote the construction of "human destiny community".

During the speech in Geneva, the United Nations headquarters, Xi Jinping elucidated the concept of human destiny community profoundly, comprehensively and systematically, and advocated dialogue, consultation, sharing, win-win cooperation, mutual communication, green and low carbon, and to build a world which is in lasting peace, universal security, common prosperity, open inclusiveness, clean and beautiful environment. China is ready to work with other member states, international organizations and institutions to advance the great process of building a community of shared future for mankind."

Peter Thompson, the President of the 71th United Nations Assembly, said about China's concept of building a human destiny community. For him, it is the only future of human beings on the planet.