President Hu Jintao delivered an important speech at the Peruvian parliament, entitled "Building a Comprehensive Partnership between China and Latin America in the New Era", which was held in Peru in 2008 and attracted global investors. Made it clear that China has become the second largest trading partner of Peru and made five policy commitments for the development of China and Latin America in order to create conditions for the future development of China and Peru. 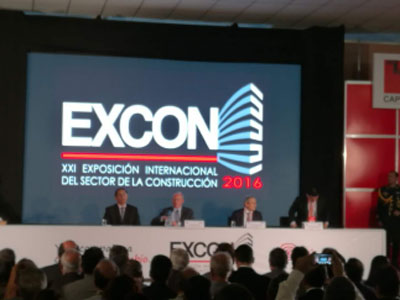 Peru Market Background: Peru is located in the western South America, South America is the seventh largest economy. Peru has a population of nearly 30 million. GNI per capita in 2011 is $ 5500, which is the income level of middle and higher countries. April 28, 2009, China and Peru signed the "China - Peru Free Trade Agreement", and on March 1, 2010, came into effect. Since the implementation of the agreement, bilateral trade between China and Peru has grown rapidly. China has become Peru's largest trading partner, the largest exporting country and the second largest source of imports. According to Peru's State Administration of Customs and Excise (SUNAT) data released in the first half of 2012, Peru imports reached 20.342 billion US dollars, up over12% compare to the same period last year. Imports from China 3.545 billion US dollars increase 20%.

According to the Peruvian business newspaper, Scotia bank (Peru) said the country's construction industry is expected to grow 6% this year. The bank's weekly report said that with the Peruvian economy continues to improve, residents' income will increase, driven by residential real estate growth will promote the industry growth. The bank believes that in view of the Peruvian land prices and the proportion of real estate costs increase, real estate prices will continue to maintain the upward trend. Although the government has launched a series of housing projects and private construction companies intends to introduce more housing projects for the middle and lower class, the real estate market as a whole is in short supply. In view of the high school income crowd, its housing demand will maintain the growth, but the growth rate has declined because of the mortgage condition is more strict.

According to the statistics of Peruvian Bureau, the country's GDP grew by 2.9% between July and September 2015, achieving 25 months consecutively economic growth, and domestic demand is currently the main driver of economic momentum. Household activities and government spending promote productive activities. In the meantime, international supply and demand increased by 2.2%, 1.4% higher than the same period last year. By industry, oil and gas and ore mining industry increased by 8.5% in the third quarter, the telecommunications industry grew 6.7%, hydropower and liquefied petroleum gas growth of 6.2%. The business grew by 4.1 percent, while hotels and restaurants grew by 3.2 percent.

Despite a decline in Peru's macro economic performance this year, it is still ranked second in Latin America and sixth in 24 countries in Latin America and the Caribbean. Peru's top-ranking, lagging behind Paraguay in the whole of South America, the country's lower budget deficit and current account deficit has been ranked first for three years consecutively. But the macroeconomic index of Peruvian this year is 12.5, worse than the 11.1 results in 2014. Chamber of Commerce explained that according to the International Monetary Fund data, the country in the inflation rate, fiscal deficit, current account deficit, unemployment and GDP growth five indicators, this year's fiscal deficit increased to 1.9% of GDP, and thus Affecting the macro economic index. The survey shows that the same region with the low ranking countries is Venezuela, Argentina, Brazil and Suriname, etc.